As we all know, Meschiya Lake was in town for a little while. She played a handful of gigs at the awesome Radegast Hall and Biergarten in Williamsburg. Tamar Korn even showed up the most recent one and sang "Everybody Loves My Baby" with Meschiya. I was able to attend two of the shows and make a few videos. 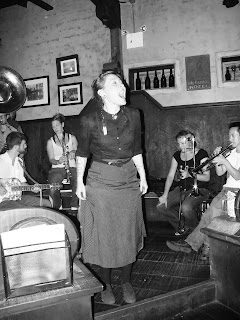 I've been to a lot of trad jazz shows at the beergarden, but Meschiya and her band, The Little Big Horns, managed to get everyone, even jaded hipsters, up and dancing. The entire open area in front of the stage was filled with lindy-hoppers as well as random "non-dancer" civilians all dancing together. It was a wonderful thing to see!
I don't know all the musicians that played with her, so I'll update this post with their names soon. Also, I can't figure out if the band is called Meschiya Lake and Her Little Big Horns OR Meschiya Lake and the Little Big Horns Jazz Band OR something else. It is a mystery.
Here is a video and a few pictures from this Tuesday:
It is too dark to see anything in this video, just listen. 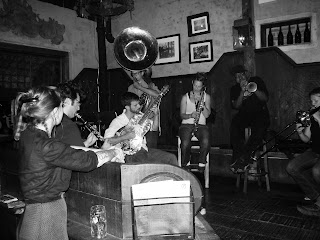 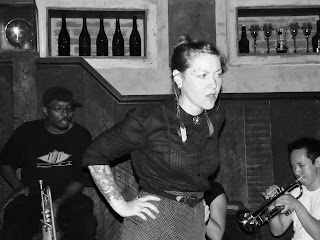 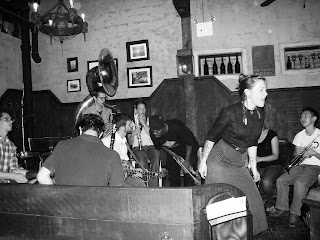 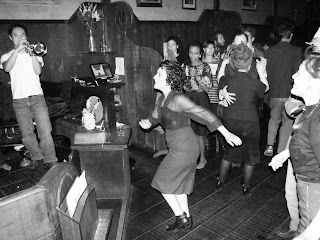 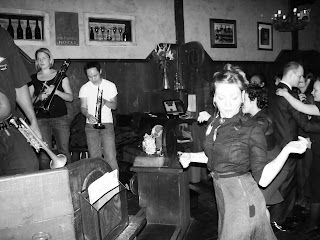