I took this video a few weeks ago at Mona's. You can't see anything, the point is just to listen...listen through the darkness and shaky camera (because I was dancing about).
Here they are playing Over In That Glory Land. They play every Tuesday night from 11 until 3 or 4 am. It's a jam session, so a lot of guys sit in.
The musicians in this video are Jesse Selengut (trumpet, vocals), Rob Adkins (upright bass), Gordon Webster (piano), Musselman (trombone), Dennis Lichtman (clarinet), and I think Nick Russo was on banjo but it may have been Clifton Hyde or both, and Cassidy Holden on another upright bass. There may be more...
Photographs by Cassidy Holden 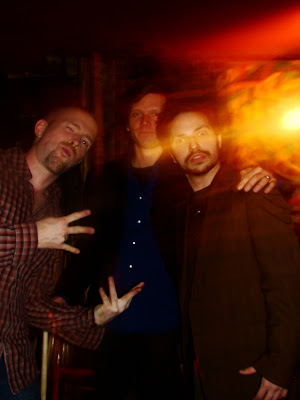 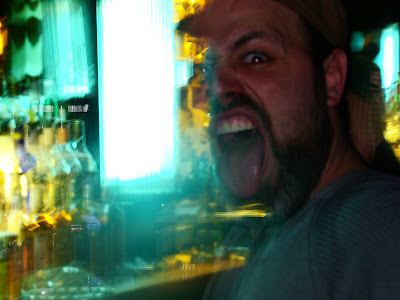 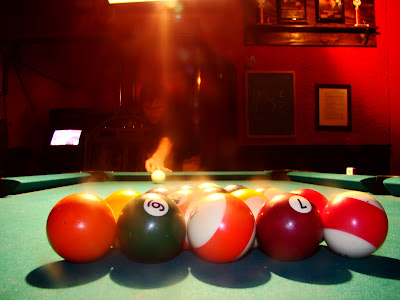 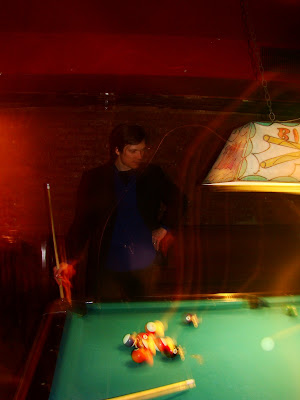 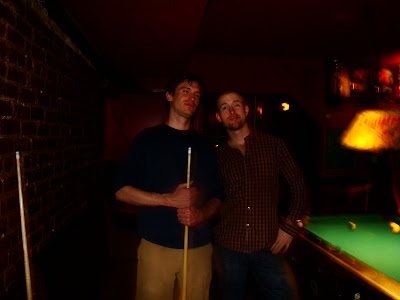 Rob and Peter, two of my favorite bass players. 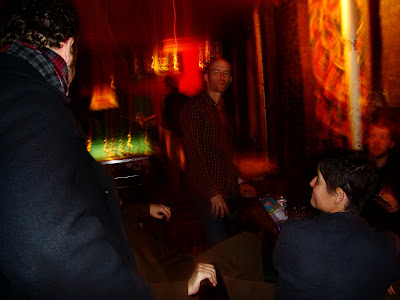 I think that about sums it up.
Posted by Eve at 7:57 PM No comments: